I already know a lot of you through our ORC/CW alliance through various games but it's been a while and I know things are in motion so I thought I say hi again. I played Ashes/Ironguard in DAoC and WoW and am now playing EVE as Venestra.
Been playing EVE off and on since launch, tried earning an isk through various means, mining, trading, ice harvesting but at the end of the day blowing things up was always the most fun and profitable :P. As a result I have an array of random skills. I'm a Mini, whose not very popular back home as I've been working for the Amarr Navy for ages. I think when I started playing, after rolling my toon I decided I hated running out of ammo and liked the look of the Amarr ships. Currently I'm working on training up and kitting out some EW specialised ships (now that I've figured out how it all works). I have an Amarr one up and running and am now working my Caldari ship skills.
I'm still a pretty casual player though.
I've only ever travelled the vast lonely void of EVE space on my own until recently so it's been great to join up with you guys so far and I hope it continues.

Other than that, in RL I'm still (just) in my early 30's and based in London in the UK, and apparently still spending too much time playing computer games :P
Top

Your mind is like a parachute ... it only works if it's open. 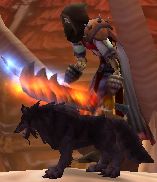 Yes, blowing things up is always the most fun and profitable, as long as the one getting blown to itty bitty pieces isn't you

off topic, vyc, but i took your siggy for another forum, i love it

I love it too, but watching it usually costs me my whole stock of soap

Your mind is like a parachute ... it only works if it's open.